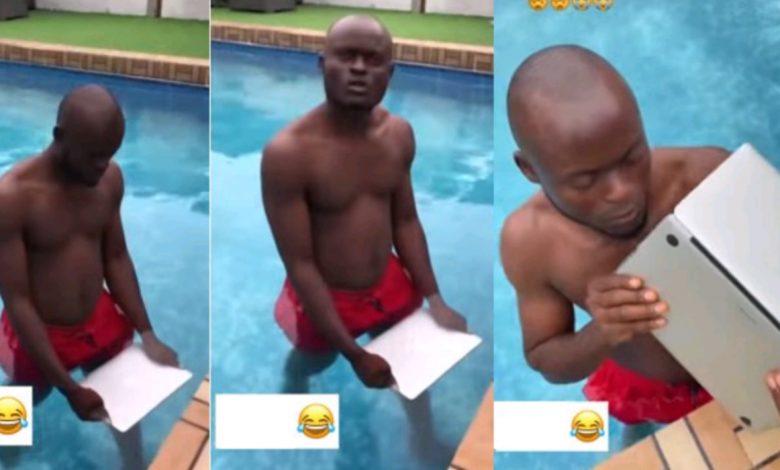 A man was sure that his MacBook Pro would remain working after submerging it in water because it is water-resistant, but he was disappointed. MacBook waterproof-test betting gone wrong

He put it to the test by submerging his laptop in a pool while being videotaped by pals.

After a few moments, the man carried it out, hopeful that it might still work, but when he turned on the MacBook, it did not answer.

His buddies began laughing at him, and he attempted to activate the device by hitting it, but he was unsuccessful.

Watch the video below

The Keys to a Successful Marriage

Feli Nuna Hints On A Possible Collaboration With Sarkodie

Bricklayer proposes to his babe at construction site